Hyde Stadium, located in the center of Pierre in the shadow of the state Capitol, is the crown jewel of sports fields in Pierre. Hyde Stadium is home to Post 8 American Legion baseball and the Pierre Trappers.

In 2016, the stadium underwent a $2 million renovation. That renovation is the result of a partnership between the City of Pierre and Post 8.

The facility features a modern concession stand and restrooms, stadium seating for 1,200, a crows nest with meeting rooms and a broadcast booth, plus separate changing room for umpires.

Hyde Stadium was built in 1935 through a partnership between the Chas L. Hyde Family, in cooperation with the Federal Emergency Relief Administration and the Pierre City Commission. It has been home to Capital City baseball games ever since! 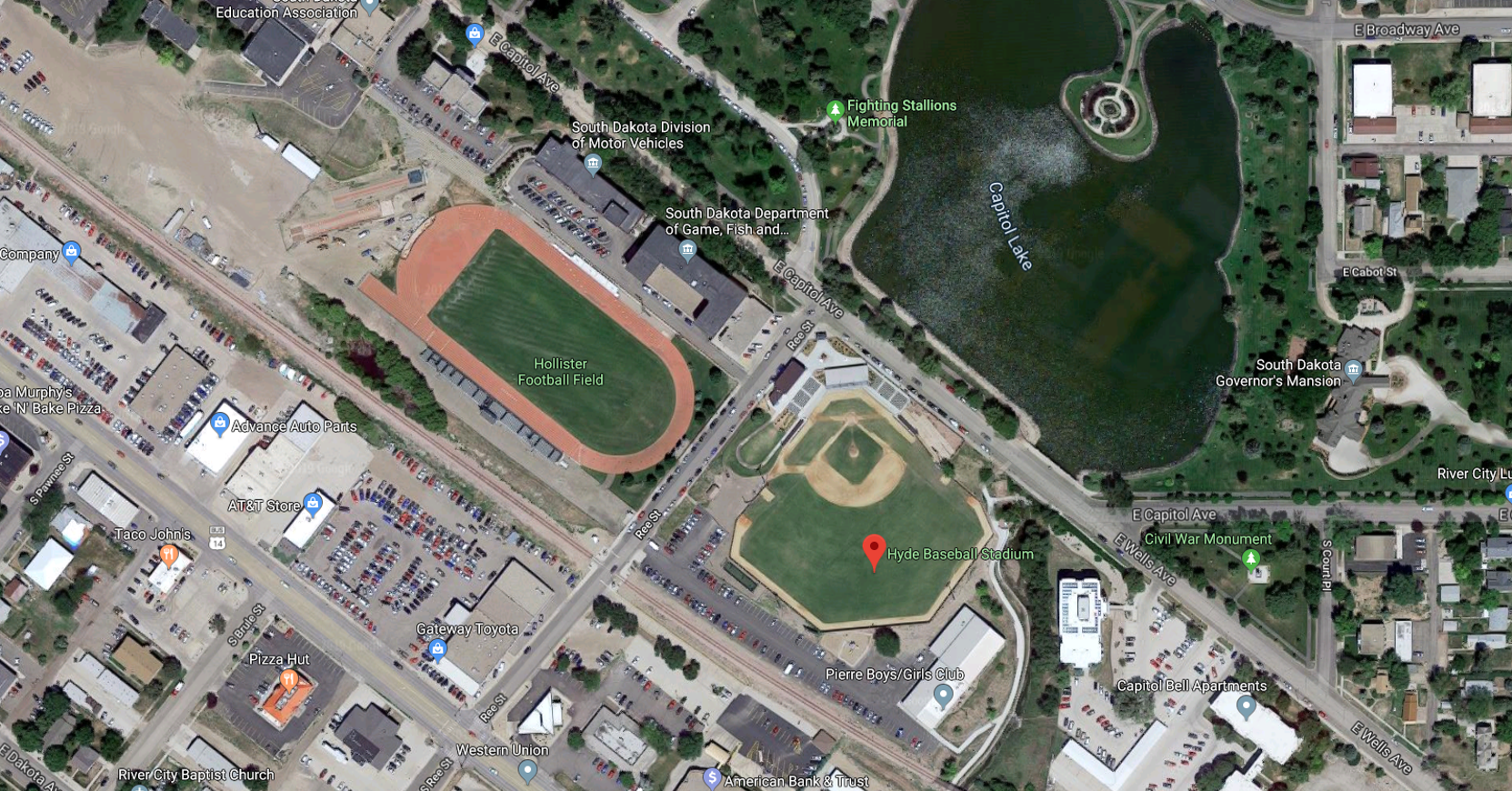